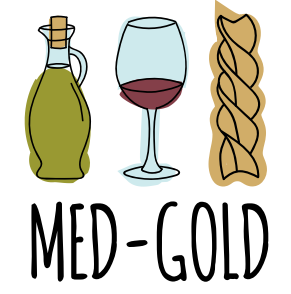 MED-GOLD will demonstrate the proof-of-concept for climate services in the agriculture sector by developing case studies for three hallmarks of the Mediterranean food system: grapes, olives and durum wheat. Agriculture is primarily climate-driven and hence highly vulnerable to climate variability and change. Evidence suggests that the Mediterranean region is under immediate threat of shifting climate patterns and the associated ecological, economic and social effects. Developing a capacity to turn the increasingly big climate-related data into tailored climate services that can inform decision-making in agriculture, is therefore a priority both in Europe and worldwide. The long-term goal of this project is to make European agriculture and food systems more competitive, resilient, and efficient in the face of climate change, by using climate services to minimize climate-driven risks/costs and seize opportunities for added-value.

The MED-GOLD project aims to develop climate services for olive, grape, and durum wheat crop systems that are the basis for producing olive oil, wine and pasta. This set of crops and related food products is of utmost climatic, ecological, economic, and cultural relevance to the Mediterranean region. Because olive oil, wine and pasta are not only hallmarks of the Mediterranean diet but also food commodities with a global market, there is considerable potential for developing climate services with high added-value for olive, grape, and durum wheat. A key challenge  is to co-design prototype pilot service applications involving both suppliers and users in the three major traditional Mediterranean crop systems so as to demonstrate the added-value of data/information-driven responses to changes in the climate system. The operational decision-making of users will be reviewed to either identify key decisions or introduce new actions that can benefit from climate-related information at different timescales from months to decades.

ENEA is a public body aimed at research, technological innovation and the provision of advanced services to enterprises, public administration and citizens in the sectors of energy, the environment and sustainable economic development.

Leeds is building on its existing research strengths and commitments to interdisciplinary working. We are making major investments in academic staff and facilities across the next five years, including 250 early academic fellowships. 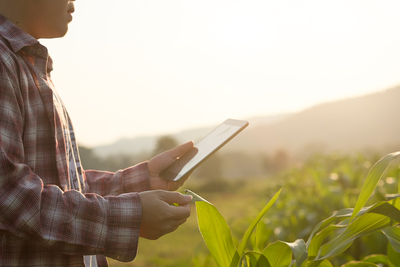 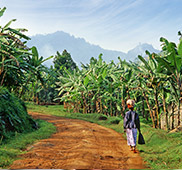 The need for Climate Smart Agriculture