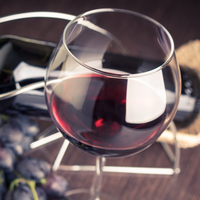 In the context of climate change, the vine (Vitis vinifera) will have to cope with increasing water stress. How will it respond to more intense and frequent drought episodes? Will the grape varieties be equal in the face of lack of water? Despite the fact that the vine is adapted to environments experiencing seasonal droughts, studies differ as to its response to drought. A team from INRA and Bordeaux Science Agro, in collaboration with the SOLEIL Synchrotron, has examined the physiological and hydraulic mechanisms that govern the resistance and resilience of the vascular system of the vine in the face of water stress.

By studying the regulation of transpiration (via stomata whose closure is the first response to water stress) of two grape varieties (including Syrah and Grenache) and two rootstocks, researchers have shown that these vines adopt the same behavior in the face of water stress. In addition, scientists analyzed the vulnerability to embolism3 of five grape varieties and three rootstocks (including two species Vitis vinifera and Vitis riparia), and for some, their ability to recover from a drought episode. Their work has highlighted a change in vulnerability to drought during the season. This marked ontogeny4 effect allows the vines studied to be more resistant after August4 when droughts are more frequent and intense.

Researchers therefore defined water stress thresholds for five grape varieties and three rootstocks and compared their data to the more than 15-year-old drought events in two of the world's largest wine-growing regions: Saint Emilion and the Napa Valley in California. For the first time, they showed that the safety margin for drought remained positive, albeit weak, in July. The vines never reached their breaking point during the droughts of the beginning of the century. Two strategies explain this behavior: a good resistance of the vessels of the stem to the vascular embolism and a greater vulnerability of the leaves to the drying which play the role of fuse. These results can be used by winegrowers to pilot the vineyards of tomorrow and in particular to adapt water management.