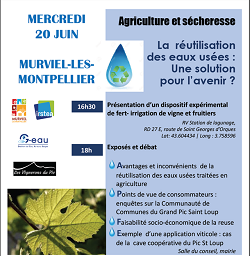 Projections of climate change show signs of an increasingly drier climate in average with less abundant and especially more variable water resources as we saw in the spring of 2018. In the Mediterranean basin, whose climate is contrasted, intense and more frequent droughts are expected, as well as
a rise of temperatures (from 3 to 5 ° C) accompanied by changes in rainfall.

In Murviel-Lès-Montpellier access to water for irrigation will condition in the near future the maintenance of agricultural activity, mainly viticulture. In the same territory, the wastewater treatment plant discharges, in addition to the treated effluent, large quantities of nitrogen and phosphorus into the environment and increases the pollution pressure. 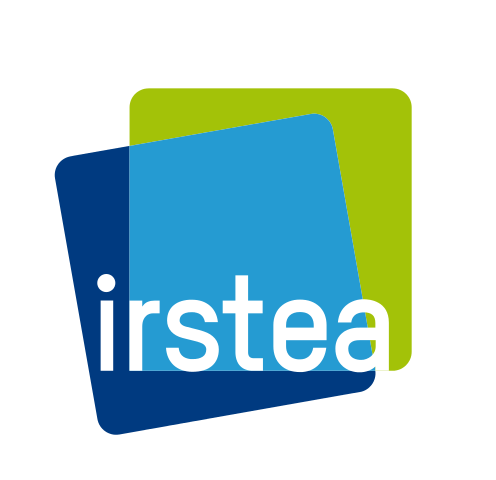 National Research Institute of Science and Technology for Agriculture and Environment

Irstea is a research organization which works on major issues of a responsible agriculture and territories sustainable planning, water management and related risks, drought, floods, inundations, the biodiversity and complex ecosystems study in their interrelation with human activities.