Changing the grape variety in a vineyard is an important lever for adapting to climate change.

The choice of a grape variety makes it possible to cope with several effects of climate change: drought, heat, increased earliness, changes in the composition of the grapes (more sugar, less acidity), migration of insects / diseases and the approximation of high intensity climatic events. It is therefore possible to increase the resilience of plantations, by modifying the grape variety according to local contexts.

We will therefore seek to plant grape varieties that are more resistant to drought, tolerant of high temperatures, later, producing less sugar and more acidity, ... but also more resistant to disease and adapted to consumer tastes.

Even if “the” variety meeting all these criteria is undoubtedly utopian, new perspectives are offered thanks to advances in ecophysiology and genetics. The sequencing of the vine genome was carried out in 2007, which makes it possible to better characterize the existing grape varieties and to accelerate (conventional) varietal selection by directly identifying the genes associated with the desired characteristics. But we must also count on the existence of a great diversity of varieties, a large part of which is found in conservatories.

The effects of the climate against which it is possible to fight by modifying the grape varieties are essentially drought, heat, modifications of the composition of the berries, the precocity of maturity, the migration of insects / diseases and the approximation of climatic events of high intensity. Several strategies have been developed by research and wine industry players, from varietal creation (hybrid grape varieties, for example) to the importation of varieties from regions further south.

Testing and introducing existing, old or cultivated grape varieties in other regions is a strategy put forward in all regional vineyards, to varying degrees. In Bordeaux, the Vitadapt program is testing 52 grape varieties, some of which come from Languedoc (Carignan, Mourvèdre), Portugal (Touriga) or Greece (Assyrtiko, Lagiorgitiko). They are compared to the current Bordeaux grape varieties, which are, for example, for red wine, cabernet-franc, merlot or cabernet sauvignon, and for white wine, sauvignon or sémillon. We can thus directly observe the behavior of new grape varieties in the Bordeaux climate, which is changing.

Changing the grape varieties used could then be done gradually, seeking to stay close to current wines, or more radically by targeting new types of wines.

The vineyard's adaptation strategy to climate change is put in place from the planting stage. The choice of grape variety is crucial because it commits the winegrower over several decades. The rise in average temperature induces earlier bud burst of the vines (milder winters) and a shortening of the vegetative period which leads to earlier veraison and maturity (direct effect of temperature on the growth and physiology of the vine). ). Since 2010, in Europe, the harvest has started two to three weeks earlier than before the 1980s.The maturity period is therefore approaching the heart of summer, with higher temperature conditions amplifying the effects of climate change. The grape sugar level and therefore the alcohol level of the wine increases; the aromas change; the risks of a greater decrease in acidity increase ... In these circumstances, it may be worth opting for a later variety.
A late grape variety is a grape that needs more heat to mature. It will therefore be better suited to warmer climates, and possibly less impacted by heat waves (depending on when this heat wave occurs). The Pulliat Classification defines a late grape variety as reaching maturity 36 days after an early benchmark grape: Chasselas. The Carignan, Mourvèdre, Piquepoul, Clairette, Manseng, Cabernet-Franc, Morrastel, Rivairenc, Sciaccarello, Terret, Tourbat grape varieties are among them. (1) (5). The Vitadapt experiment (ISVV Bordeaux) thus made it possible to clearly characterize the late or early character of 52 grape varieties (2).

Planting a later variety thus helps maintain maturation outside periods of high temperatures. Late varieties can be so-called old varieties, abandoned precisely because of the difficulties in reaching a sufficient level of maturity in the previous climate. It may also be less sensitive to frost, due to a later bud break (3). These later grape varieties may also be indigenous grape varieties from warmer parts of the world. Among these are the Caucasian grape varieties Saperavi and Rkatsiteli, Mavrud from Eastern Europe, Portuguese Touriga Nacional, Greek Assyrtiko (4) (5).
Of course, the choice of grape variety is not made solely on this later criterion for maturity. It must also take into account adaptation to the terroir (sunshine, water stress, soil, etc.) and to the winegrower's production objectives (yield and quality). It must also be chosen on the basis of its resistance to diseases and pests (new varieties resistant to powdery mildew and mildew). But the criterion of delay is an important point to take into account in the face of climate change.

Innovation, Diversification and Sustainability in Viticulture and Enology 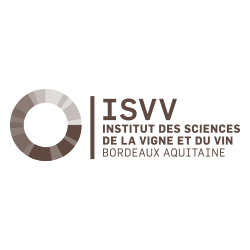 The LACCAVE project aimed at studying the impacts of climate change on vine and wine, and the adaptations expected for French vineyards. It represents a network of 23 laboratories.