Adaptation of a grape variety thanks to genetic variability: the clone. 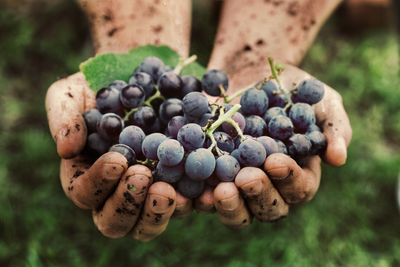 The effects of the climate against which it is possible to fight by modifying varieties planted are essentially the dryness, the heat, the modifications of the compositions of the berries, the precocity of the maturity, the migration of insects/diseases and the reconciliation of high-intensity climatic events. Several strategies are developed by the actors of the research and the wine industry, from the varietal creation (grape variety hybrid for example) to the import of varieties originating from more southern regions.

In particular, it is possible to exploit the genetic variability existing within the same grape variety. We are talking about different clones (resulting from successive cuttings) some of which may be for example a little later or produce more acidity, while having the same general aromatic and agronomic characteristics. This option is privileged in Burgundy with the pinot noir, the main grape variety of the red wines of the appellation, which presents many clones.

A grape clone is a cutting taken from an existing grape vine that’s grafted onto rootstock. The vine is chosen due to specific traits a grower wants to reproduce like increased disease resistance or fruit quality. Because this cutting came directly from another vine rather than the result of two plants crossbreeding, the cutting is genetically identical to its “mother vine.” Clonal selection is a long process. From the surveys carried out in old plots or the preselection in regional conservatories, until the approval of a clone and its multiplication, it takes an average of 15 years. Genetic selection represents the other aspect of clonal selection, this procedure is mandatory and complementary to health selection. Genetic selection is carried out in five steps:

But because genetic variability is still limited between clones of the same grape variety, the margins for adaptation are quite small.